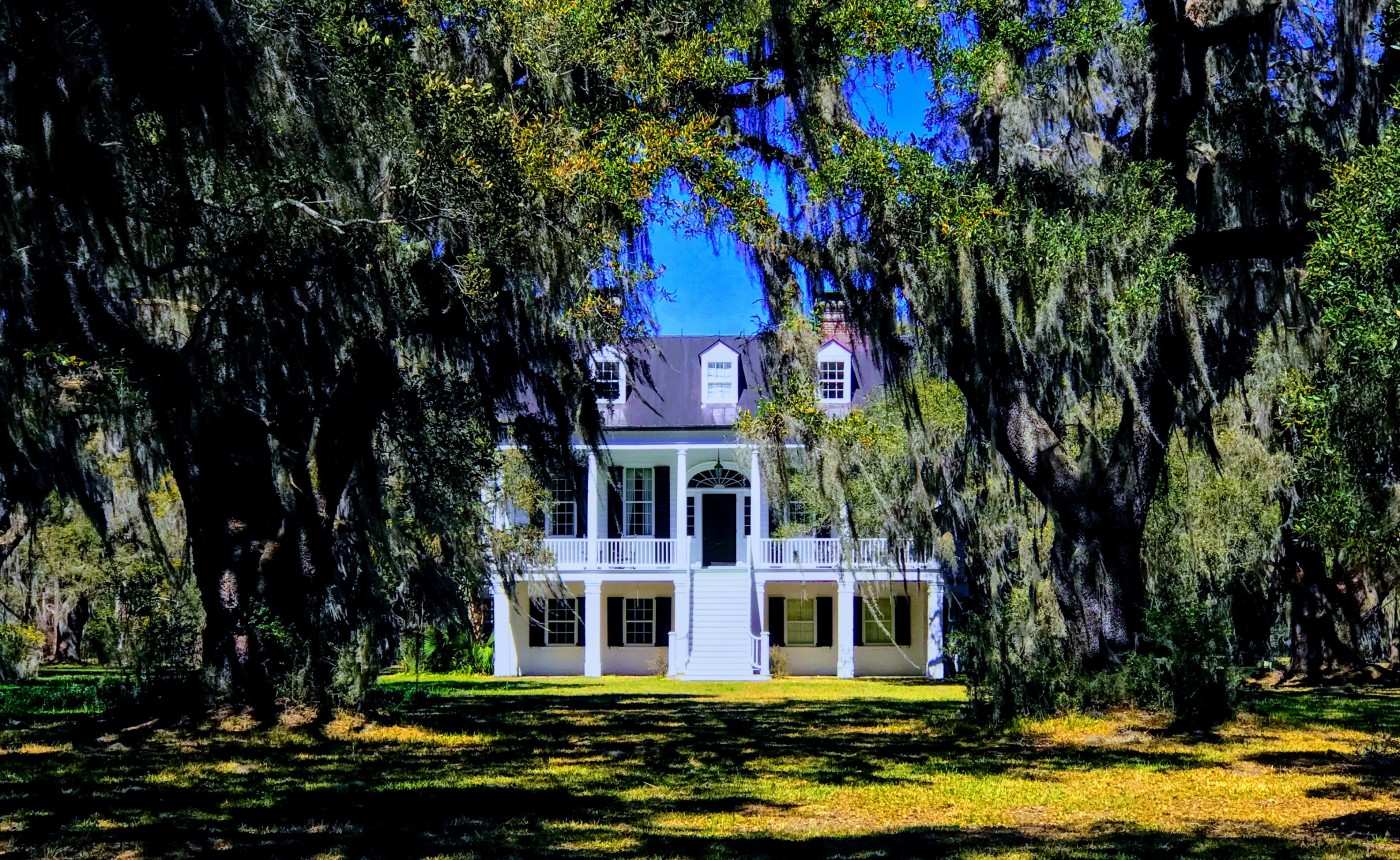 Nestled among the ancient oaks of the aptly named ACE Basin National Wildlife Refuge, and along the shores of the southern portion of the Edisto River, there sits The Grove Plantation House.

This home has seen a lot of history.

Originally, this was Native American lands belonging to the Ashepoo, Combahee, and Edisto peoples who lived along the Edisto River. During the period of colonization this land soon became property of Robert Fenwick, a former privateer.

The home was built in 1828 by George Washington Morris as an 842 acre rice plantation. Unfortunately, George Morris passed away in 1834, was later purchased by his son (George Morris Jr), and then sold by Morris Jr to another plantation owner, John Berkeley Gimbell to pay off his debts. Gimbell owned an adjacent plantation known as Pinebury. Gimbell merged the two plantations and took up residence in the Grove Plantation House with his family.

The Grove Plantation soon became engaged in the Civil War as Confederate Soldiers occupied the site due to its strategic placement between the Edisto and Dawho rivers. The Gimbell family retreated to the upstate of SC (Spartanburg) to ride out the rest of the war.

Since 1929 The Grove Plantation House has been under various forms of restoration and now serves as a wildlife refuge that is open to the public.

The site now contains miles of walking trails, hunting grounds, fishing spots, and the remnants of an old southern plantation life scattered throughout.

Visitors should stop by the first floor of the Grove Plantation House to pick up maps, visitor guides, and other information about the area when they first enter the park. You can’t miss it as you will drive right into it while following the long dirt road from the gate entrance to the house. There are some artifacts scattered around the first floor in various protective cases worth checking out.

Exit out the back (which is technically the front) of the plantation to stroll among ancient oak trees and snap a lot of pictures that will make your friends jealous.

Walk to the river and through the old rice fields.

And when you’re tired, there are picnic tables nestled under some old oak trees near the parking lot where you can enjoy a drink and some food in the cool shade (especially if it’s in the warmer months of SC such as May through August/September).

There are bathroom facilities on site as well, so you won’t have to worry about going to the bathroom among the trees…unless you’re just that desperate.

Pets are prohibited on the property unless you keep them on a leash at all times.

The visiting hours are 8AM to 4PM Monday through Friday. The office and gate will be closed on the weekends, but please note that visitors are permitted on the property year round from legal sunrise to legal sunset unless posted otherwise (e.g. if they have a scheduled hunt taking place). So you will have to park outside of the gate and walk into the plantation.

Fishing and hunting is permitted on the property, but certain requirements do apply.

If you would like to get a glimpse of the property, you can view some of the photos that I took on my trip there on my gallery page HERE.

This site uses Akismet to reduce spam. Learn how your comment data is processed.